Windle gave Acumatica a favorable review in his interview, noting that a focus on innovation and product development has improved its position in the market and made it more attractive for clients of ERP Advisors Group.

“Acumatica is an upstart contender in the mid-market ERP space, and it is making a lot of noise for a company that is smaller than most of its competitors. Considering the enhanced feature functionality built on a cloud-first strategy, we have upgraded our rating of Acumatica so that they will be considered in most of our selections.”

Windle attributed Acumatica’s growth to a stable leadership team that emphasizes holding implementation partners accountable to client satisfaction. In fact, with Sage looking to reinforce its portfolio with a mid-market manufacturing distribution ERP, Acumatica has made itself the stand-out choice in the market.

“We feel that Acumatica’s commitment to strong relationships with its partners makes them an attractive acquisition target for Sage. Going forward, I am going to be checking the news every day, asking — did Sage buy Acumatica yet?”

Shawn Windle: I do think that Acumatica — I think we even said last year and Jon Roskill forwarded this on, the CEO, how we thought that Acumatica was becoming a formidable competitor in the market. I think that's the exact phrase we used.

Not only is that true, but the software product itself is becoming more fleshed out, more feature functionality, more stable. The technology platform is becoming more clear in terms of what their cloud strategy is.

But also the partner support for the product is really increasing, so is it to scale of a NetSuite or some of the other vendors? Probably not quite yet, but there's hundreds of partners that are supporting Acumatica throughout the world, so if I — I'll never forget this; I'm thinking about when I was at JD Edwards where you have a couple people that come together and they develop a product and then you go down the time track, maybe 20 to 30 to 40 years later, and they have thousands and thousands of people, tens of thousands, usually hundreds of thousands of people that have worked in those organizations over time.

And then there's partners that have all put food on the table for their families and put their kids through college based off the amount of experience and work that they've done from those two people that developed one application.

The interesting thing is what happens when these guys get busy. Because they all are getting busy. So, can they keep the quality up? That's what we have to check.

It's an interesting organization in that the size of Acumatica, the employee size is — actually it could be less than you think. So, if you look onto LinkedIn, it shows the size I think between 250 and 500 employees. They're making a lot more roar from that size of a company than organizations that are a lot bigger in the market.

So, I think that was great to see that there's a lot of energy, vivaciousness, and a lot of interest in just the number of people that were at this conference, because we're not back to normal by any means with conferences yet. So that's a factor here in 2021, the early part of 2021 — I guess the mid part of 2021. But a lot of people made their way to that conference, so that was really good to see.

And I think people who've been around the block would also agree that Acumatica was very much — the conference was very much a reunion for a lot of Sage people. As a matter of fact, I was meeting with a gentleman who's one of the top partners and we were out in the conference thoroughfare between some of the rooms, and he must have gotten stopped three or four times by different people that he'd been working with for like 20 years, which is interesting because Acumatica is only ten to 15 to 18 years old — maybe ten to 15 years old — I think 12.

And yet, here's a guy who's worked with people for his entire career, so I think Acumatica is really starting to attract a lot of Sage-experienced people, which again is great because unlike some of the other cloud-based vendors that attracted more software development people or more even cloud entrepreneurs, you have people that have been working in ERP for centuries — it's actually decades — working on MRP problems and how do we do available-to-promise and whatever apps they've been in for the last several decades, they're taking that experience into Acumatica.

I saw a lot of bet-your-business on Acumatica from people who were experienced in ERP. Not necessarily new to ERP or they decide to start an ERP practice, they’re folks that have been around for a while.

I did see from Acumatica that the way they're bettering themselves in the market is definitely through hiring more employees and more product development. Actually, they're opening more offices, which is exciting. I think that's great, actually.

Some of those vendors have a very, I'll just say a terrible relationship with their partners, whereas Acumatica is dead clear on the importance of the partner in their ecosystem. Acumatica will do all their deals through partners. And interestingly, partners are held accountable to client satisfaction, so partners are compensated based on how happy their clients are with them. And that is a factor for some of the other software vendors, but not the main factor, it's just one.

That's really great for us right now. Can it scale? And can you go from the hundreds to tens of thousands to hundreds of millions to billions of dollars of software services? I'm not sure — of additional licenses — but I really like that.

I love that when we bring a partner in and they win one of our deals and we help them through the implementation and we work together that their mothership if you will, Acumatica, is going to hold them accountable to the success of not just the implementation, but the ongoing relationship with the client because partners get a cut of the recurring fee as well. They should, if they're adding value. But in some ecosystems the partners don't add any value, they just make the cut every year because the partner basically bought with them. Whereas in Acumatica there's a lot more accountability there.

I would say my most important takeaway from the Acumatica conference is that they're going to be in most of our selections. Yep, their pricing is good. Good implementation partners for sure.

There's many organizations that have 100 people in them. You don't see that in Acumatica yet. You don't see bigger practices, so we need to keep an eye on the quality and the capability of those practices for sure. But from an application standpoint, from a price point, from a commitment from the executive team and from the internal support around the product, you can't not look at this application. You have to. You have to evaluate it and we will.

I think with Acumatica what I would like more folks to talk through is the partners. I want to see them stronger. I want to see them — there's a lot of movement that's happening, even within some of the key partners, they're taking people that were experienced in other platforms and focusing them on Acumatica so they come from, like I said earlier, maybe Sage or whatever backgrounds, and now they're going to Acumatica.

It's hard to find people. Everybody is having this problem with finding qualified resources, but I think we'll see some of the organizations — some of the implementation partners — grow significantly by training people and giving training programs for three to six months to get consultants with different backgrounds to get them up to speed with Acumatica and getting them deployed into the market and doing well.

Because Sage needs a mid-market manufacturing, distribution, you know even sort of a, I mean really manufacturing distribution will leave it with that play and X3 is not getting as much traction in the market for multiple reasons. It's an expensive implementation, whereas you've got this wonderful product, tons of people from the Sage channel like — oh, actually, let me ask you, did Sage buy Acumatica yet since the last time I asked you? That's going to happen, so it would be interesting to talk through that as a company.

Acumatica needs a multi-billion-dollar parent to feed the funds into it to get big fast. And I'm not talking about like 10%-20% growth, but I'm talking about 50%-75% growth, which is really possible given that Acumatica is one of the smaller vendors and their customer base is small.

So, I think one of the slides they showed at the conference was that they are the fastest growing cloud-based ERP according to IDC. But that's also because their customer base was a little bit smaller, so it's easier to grow as we've seen as an organization — it's easier to grow percentage-wise bigger when you're a little smaller.

For us to say we're bringing Acumatica to our selections is a very big deal.

We do feel they are a viable organization even though they're one of the smallest. We do feel like their product, the feature functionality is capable and it's robust even though they're one of the youngest apps. And we think their direction and where they're going to ultimately go — did Sage buy them yet? But where we think they're going to go is going to be really viable for that product because they are private equity-backed. They are owned by an organization that has other portfolio companies that are enterprise software solutions. And that firm is going to do something with this product now. Does Oracle buy it and then kill it?

I don't think so. And that's something I have to worry about. That's what keeps me up at night versus more like a play a strategic deal with the Sage or somebody like that who says, no, I want this product, I want to continue in perpetuity because there's a lot of benefit, there's a lot of capability for customers, and there's a great recurring revenue stream that can go from tens of millions today — most likely, we don't know — to billions in into the future.

So, they're definitely coming to our deals. We will vet the partners very closely and make sure that they're not too busy and that they have actual resources and can do it, but Acumatica will definitely be there. 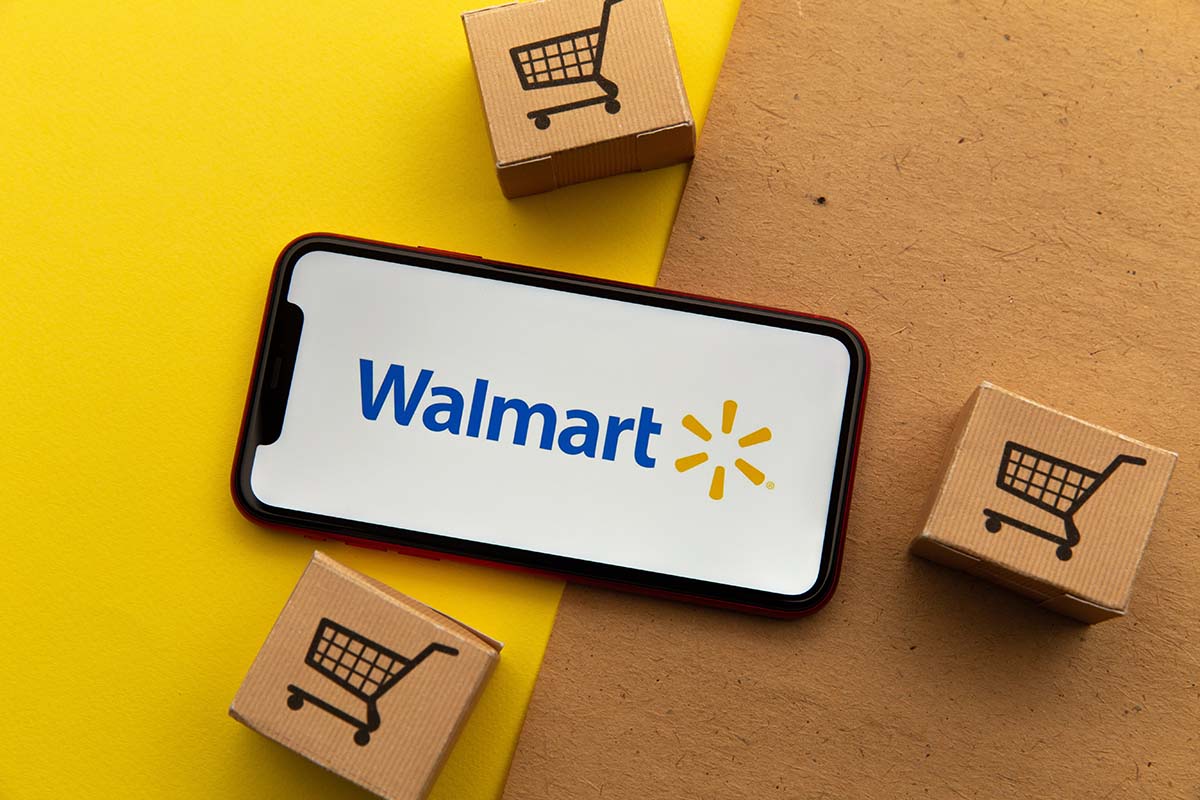 Adobe, Walmart Team Up on E-Commerce Evaluating the Salesforce Acquisition of Slack